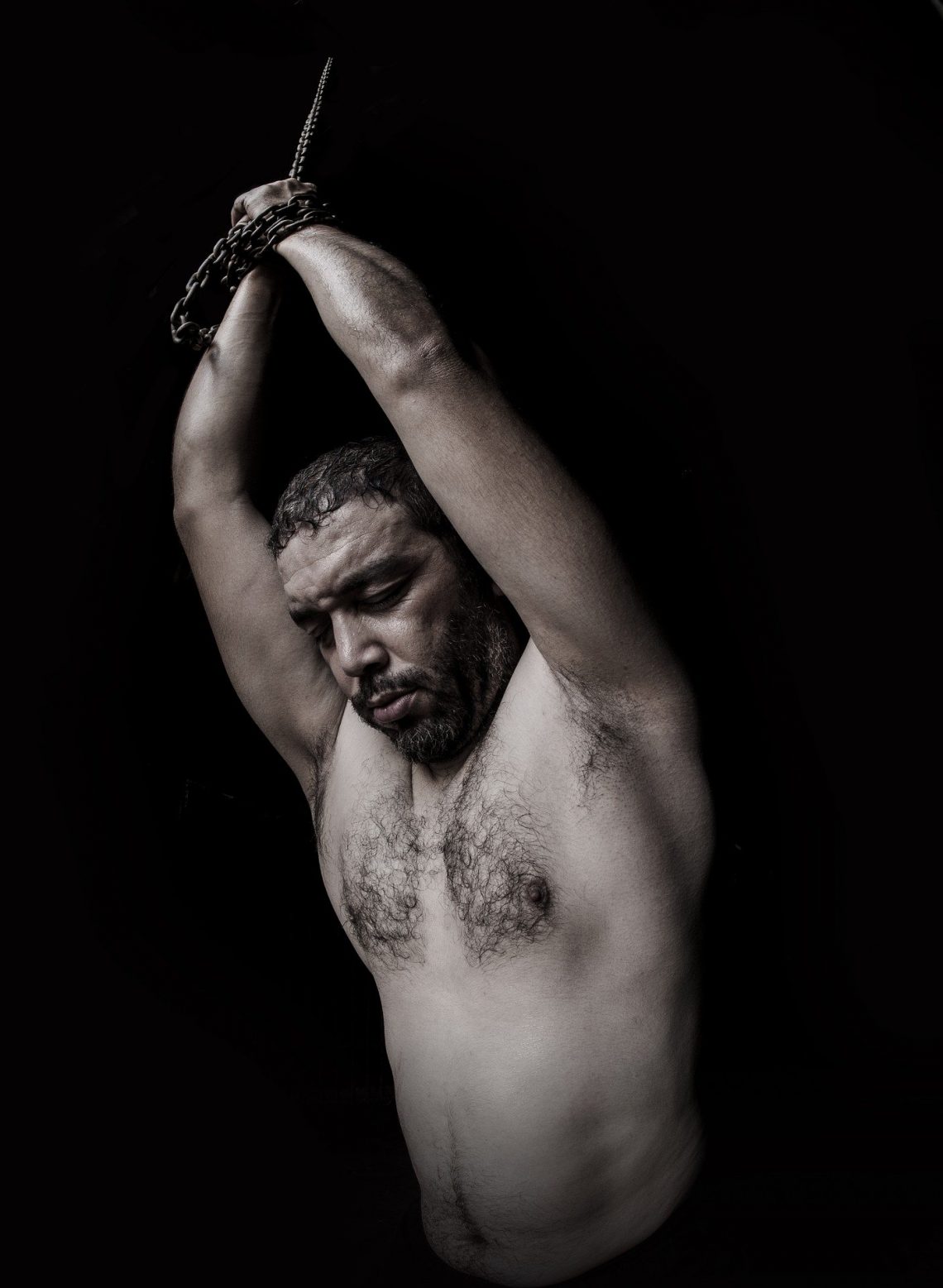 Our nation wants what’s best for us, after all.

I’ve spent these past few days reading the report (warning, it’s a big PDF) that was composed by a Senate committee on the treatment of CIA prisoners in the aftermath of 9/11. Our nation as a whole became rather dark in the aftermath of that event. In hindsight, that is when the United States as a whole began to change. I began reading with eyes wide open; I remember the news reports from that time period so I expected it to be bad but even so, I was raised to believe that our nation has a respect for human life that other nations lack.

“We are better than them,” sums up my belief, the belief that my father, who fought in the Korean War, instilled within me.

Page 117 of the report details some of the treatment received by a prisoner called “Bin Attash.” The official report notes that pseudonyms are used heavily within it so I am not certain if that is his real name. In the Footnote #686 on the previous page (it’s the bottom of the first footnote on that page, continued from page 115) a memo is noted that states that the prisoners in question were not considered official prisoners of war so the Geneva Convention rules that pertain to the humane treatment of prisoners did not apply.

What I read next taught me exactly what they meant.

This man by the name of “Bin Attash” had one leg. Of all the prisoners discussed within the document thus far, it means that I can understand his physical limitations since my father had a leg amputated when I was a child. The CIA decided to treat this guy with a bit more consideration, foregoing what was euphemistically called “enhanced interrogation techniques” due to his disability.

They forced this man to undergo “standing sleep deprivation,” a procedure where inmates are forced to stand without sleep (I gather they’re tied in a way where they cannot sit), for 70 hours. That’s not considered part of the “enhanced interrogation” procedure because it’s two hours under the limit. After that, they let the guy sleep for four hours and then shackled him in the standing position again, depriving him of sleep for another 23 hours. When you look at footnote #692, you discover that this man’s leg, his only leg, began to swell horribly at that point, so they decided to be merciful. They tied him to a chair and forced him to live without being able to sleep for another 20 hours.

My dad had one leg. He could barely stand for an hour, much less 70 hours or 23 hours. He had to sit a certain way and stretch out his good leg for a time if he stood up for too long due to extreme pain that resulted from stress on his good leg.

Yet the United States government forced a one-legged man to do just that.

If our government, considered one of the best in the world, the government that is supposed to care about people can do that (and worse, if what I understand about the waterboarding sections are correct), do they really care about us?

Or are we just the means to an end, a way to fill their coffers and keep the government running?

Think about it. We’re urged to buy even when we can’t afford the things we’re told to buy. We’re hiring Ubers to take us to the emergency room because we can’t afford to hire an ambulance. People are searching up ways to pull their own teeth because they can’t afford the dentist. Women have shared with me that they’ve not only sold their own bodies, but the bodies of their female children, just to pay their bills.

We’re told to incur huge amounts of debt to buy houses larger than what we need, informed that we need to incur tens of thousands (and sometimes hundreds of thousands) of dollars of debt to go to college, only to discover that we can’t afford the taxes on the houses we buy or that the paper diploma we’ve been told will help us get the job to repay the debt is worthless for our needs.

We’ve got tent cities and whole websites devoted to living in vans, cars, and tiny homes just so we can afford to survive while the elite in our nation buys supplements designed to allow them to literally shit gold. There’s even a restaurant where you can eat steak encrusted in gold; that’s how big the difference is.

And for what? We struggle and starve and die so the rich can get richer. Our food supply is virtually cornered by mega-corporations who use that money to pay off our politicians. Our medical industry sells us drugs with side-effects longer than the proposed benefits, promoting addictions so that they can grow even richer by selling us the cure.

The saddest part about the entire situation is that we can’t stop them, not on our own. The only thing we can do is make a dent, but if enough of us make a dent, if enough of us decide to give these bastards as little of our money as we can, maybe we can hit them in their wallets hard enough to make a change.

Because it’s reached the point where we can’t not give them our money. We have to eat. We have to have a place to stay. We have to have some medical care. Many of us need cars just to go to work and we all need clothes to wear. We need access to the Internet so we need to have computers or at least phones to acquire that. We have to pay taxes, if only to stay out of jail.

We live in an age where the “greatest government in the world” thinks nothing of tying a one-legged man into a standing position for days at a time! Do you actually think they care enough about the rest of us to treat us any better?

Please spend less. Even if you can just shave a few pennies off of your purchases, those pennies will add up if enough of us do it. If you can stretch the useful life of the things you currently own, you can avoid giving them the ability to shit their gold. If you have the skills and the land to grow a single tomato, do it. The less you earn, the less you’ll pay in taxes and the less money the government will have available to do stuff like this to people.

Because there is only one thing that they care about: money. They don’t care about you or me or anyone else. They don’t even have the common decency to grant mercy to a one-legged man; do you actually think they would grant you any mercy if you fell into their clutches, or would they throw you into a for-profit prison and brag about the money they’ve made?

I am far from an expert and I’m trying really hard not to judge but there is something broken in a society that can do the things I see it doing.

If we’re not careful we will lower ourselves to their level. As it is, we are all guilty of torturing that one-legged man because it is our votes and our tax dollars and even our purchases that made what happened to him possible.

WE did this! And while we cannot change our past, we can determine our future. We can rise above, we can say “no” by simply changing the way that we vote and earn and spend our money. It’s just like stopping a fire; remove the fuel that makes it burn, and the fire will go out. Stop giving them money and they will no longer be able to afford to commit atrocities like this.

I want to live in a world where we all have the right to live in peace, with places to stay and enough to eat, a world where people aren’t forced to sift through dumpsters for things to sell just to survive. And the only way I know of to make that happen is to figure out a way to limit the money I give them and pray that it curtails their power. 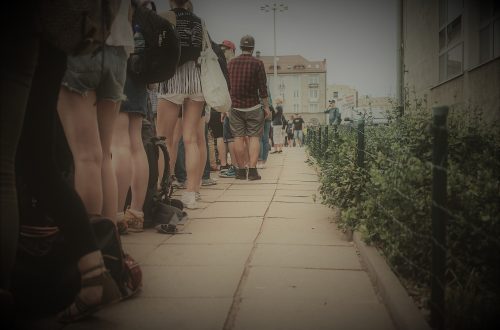 Is the Social Security System Becoming the New Welfare? 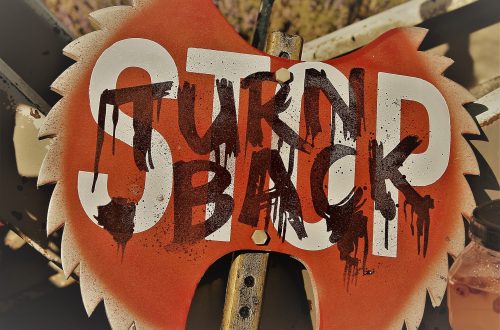 State of the World Today 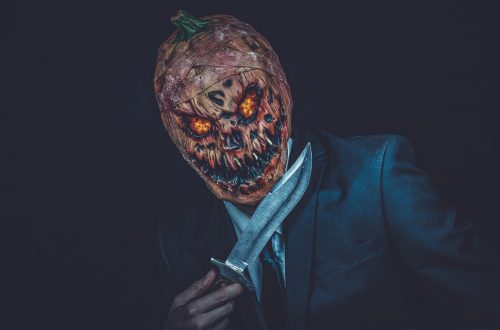