Sometimes the most horrible revelations can teach us. Yesterday I was presented with the reality of our world. The image of a man who was somebody’s dad, who reminded me of my dad burned its way into my soul as I read about the treatment he received from the nation I called home.

There is absolutely nothing I can do to change the past. I can’t change what happened to that man and many others any more than I can change what has happened to others who have suffered similarly over the course of history.

There is not even very much I can do to change the future. I am just one tiny old woman in a great large world. Aside from trying to encourage change, I have no right to even push because it would violate the moral code that I hold dear.

I can do something, however. I can reach down deep inside of me and use the knowledge of this current reality to change myself. Hopefully, by sharing the things I have seen and the changes I personally make my personal revolution will go a bit farther.

As someone once instructed me, if you want to understand the purpose behind a thing, all you have to do is follow the money. I thought they were being silly at the time but the older I get the more I realize that they are right. Money is the primary reason so many do the things that they do; the pursuit of money infects all of us if only because we all need it to survive now.

The poor make the money with the sweat off their brow. The rich take that money by enticing the poor to part with it in any way that they can. While the poor just want enough to lead a comfortable life, however, the rich have gotten to the point where they want to collect money just because.

My personal issue is in the fact that our society has gotten so unbalanced that the rich are removing the ability of the poor to just survive. They use their money to promote agendas that on the face seem to be aimed at protecting us but when you examine them on a deeper level, you realize that the only ones they want to protect are themselves.

It has gotten to the point in our society that even the placid farmer has began to rebel. When John Deere decided to force farmers to pay outrageous fees by citing “intellectual property rights” and so forth to eliminate their ability to repair their own tractors, these farmers began to fight back. Some of them have went so far as to hack the computers in their equipment rather than bow down to their draconian rules. Others have decided to eliminate modern farming equipment entirely by purchasing and rebuilding older, non-computerized equipment.

Rebels within the trucking industry are doing the same. Rather than comply with new rules and regulations that are destroying their livelihoods, they are now opting to purchase rebuilt older rigs instead of buying new vehicles. A friend of mine drives for a company who rebels in this way. The owner of the company he works for believes that once self-driving vehicles advance a bit more that they will force him to shut down his business. His plan is to conserve his funds as much as possible so that he can retire once his livelihood is gone. My trucker friend is planning the same thing.

The beauty within the rebellions of the farmers and the truckers lies in the fact that they’re not really trying to save the world. They saw a problem that affected them and started voting with their money to make a difference.

We can all learn from that. If we see a problem with the word in general or our lives in specific, we can stage our own personal rebellions by changing the way that we spend our money. We can choose not to support the things we do not believe in by voting with the money we spend.

With this in mind, my dilemma at the moment is pet food. I order their food online but I have yet to locate a smaller company that can supply what I need at a price I can afford. Do I continue to switch between Amazon and WalMart when my supplies run low, choosing the one that offers the brands they like when I don’t want to give my money to either of them, or do I locate another path?

I would like to find another path. I haven’t found it yet, so I will order as little as I can at the lowest price in the meantime. The animals prefer Purina and 9 Lives respectively but I am willing to switch if I can find a viable alternative that they will eat.

Do you have any ideas?

4 replies on “A Private Revolution”

Hi Annie
I’ve been staging my own personal rebellion and “voting with my money” for several years now. Mainly by refusing to purchase items that society says we “need”. Items such as clothing, beauty products, furniture, home decor, the list is endless. However, I seem to be a source of bemusement to my social circle as some of them just think I’m being “mean and tight” with my cash! Their comments occasionally upset me as they don’t seem to understand my reasoning. This post is very helpful in helping me feel less “weird!”
Jue

Good for you, Jue! In years past I’d voted with my money, but my primary goal was conservation while I raised my daughter. That has changed now.

When dogs get sick vets often tell the owners to feed them cooked chicken and rice. Why not just feed them that to start with? None of my friends’ dogs have ever refused that. My Mom precooked large batches of rice she could reheat in the microwave then mixed portions of that with tuna can sized cans of chicken. She was on a limited budget so it’s probably not expensive to do that.

Because this old girl eats me out of house and home. She’s older and she LOVES her groceries LOL. I tried that, actually. My food budget skyrocketed. Chicken isn’t cheap around here. I do it with scraps and older items in the freezer occasionally but it isn’t economically feasible for me to do that on a full time basis. 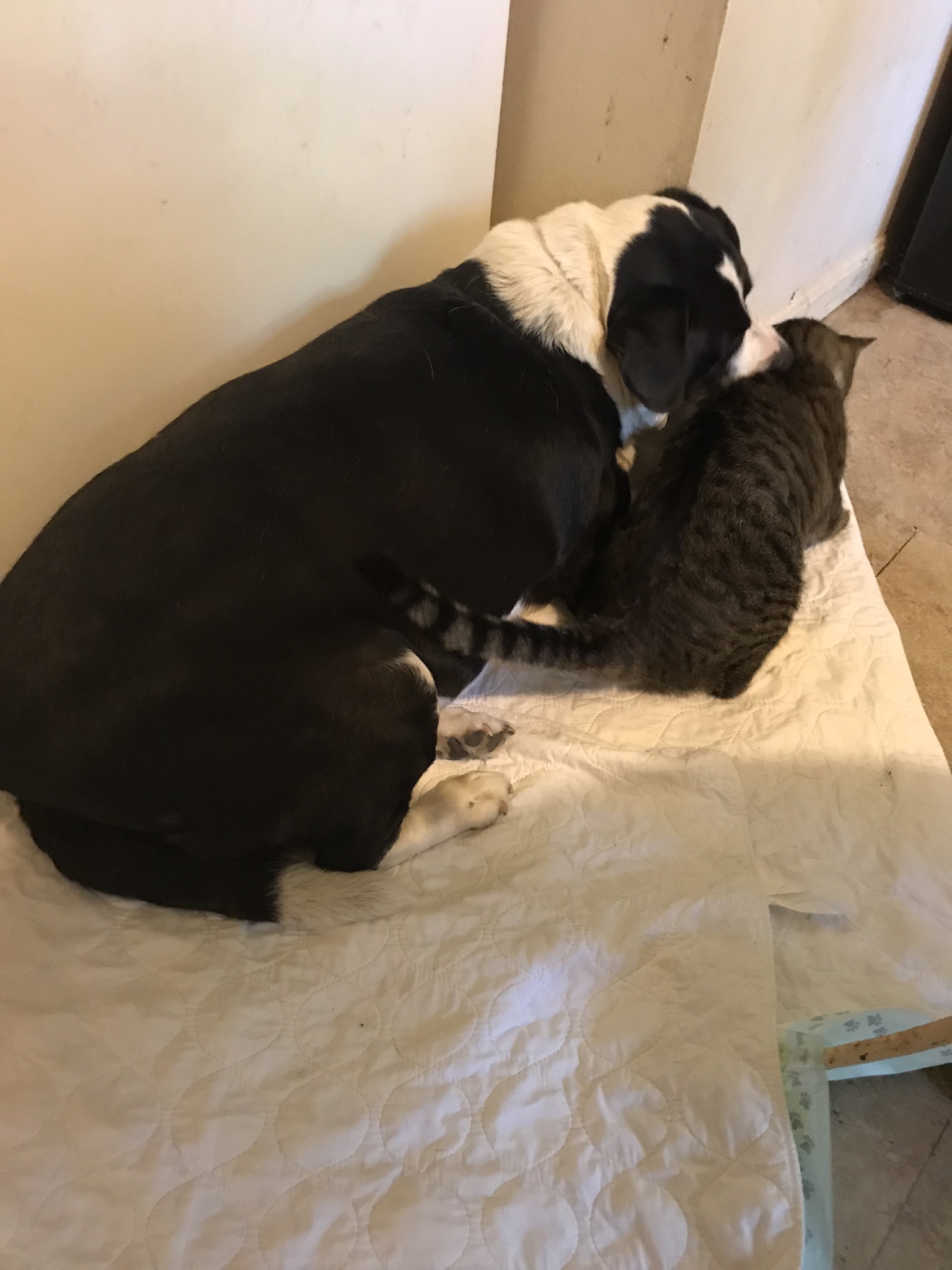